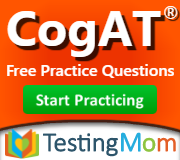 Dr. Robin MacFarlane specializes in psychological and educational testing. She has administered and overseen the administration of hundreds of testing batteries and has consulted to state and national educational assessment programs, including the National Aeronautics and Space Administration (NASA) outreach to schools. Her work has won awards from the American Psychological Association and the Society for a Science of Clinical Psychology. She’s the author of Thinking Skills for Tests, part of the Kindergarten Test Study System, which is used by parents to prepare their young children for testing that’s used by gifted and talented educational programs.